No products in the cart.

Positive Psychology is a field often misunderstood. Many infer from the name that it is about being positive all the time and denying any other emotions. This is certainly not the case. Psychologists all agree that a variety of emotions are necessary for wellbeing. What Positive Psychology is however, is the scientific study of how individuals and organisations can live at their optimum potential, which is referred to as ‘flourishing’

This area of psychology was pioneered by Professor Martin Seligman of the University of Pennsylvania.

Identifying and utilising one’s character strengths is the ‘backbone’ to flourishing.

Traditionally psychology has focused on mental ill health, which does not assist the majority of the population. Positive Psychology targets those who are well, to improve their level of functioning and resilience, thus offering insights for the majority of children and adults.

When we look at a bell curve of the population, a minority are suffering from mental illness, the majority are functioning at an average level, with some on the borderline of illness, which is referred to as languishing. Then at the other end is a minority who are flourishing. Positive Psychology aims to move individuals to the right of the bell curve. That is away from languishing and toward flourishing. This improves daily wellbeing and lessens the likelihood of becoming unwell when significant events arise. This field of psychology acknowledges that mental health does not just equate to an absence of illness but also the presence of wellbeing or mental fitness. The pie chart illustrates what components contribute to wellbeing, once our immediate need have been met. It is interesting to note that we are born with a set point of happiness which is only half determined by genetics, marginally influenced by life circumstances (10%), but hugely influenced by intentional activities (40%), to the extent that intentional activities can counteract this set point.

Therefore there is much that can be done to influence ones wellbeing. Mental fitness can be obtained as can physical fitness, with the consistent application of evidence based Positive Psychology interventions such as the use of character strengths, goal setting, acts of kindness, mindfulness and gratitude.

Positive Education is the application of the scientific evidence of Positive Psychology in schools. It originated in Australia, with Seligman implementing the first whole school approach to positive education at Geelong Grammar in 2008. 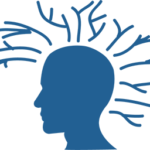 Positive Education has the best outcomes when it is implemented as a whole school approach incorporating explicit and implicit teachings.

The implications of this are that the wellbeing of the whole schools community, including teachers, ancillary staff, parents and students, is encouraged to thrive.